This article was published in the biggest Newspaper in Sweden, Dagens Nyheter, on the 19th of August 2012.


The legal circus surrounding the case of Julian Assange has now attained proportions uprecedented  in legal history. Julian Assange is the only man who has ever been hunted in this fashion across several continents for questioning over the alleged crimes of sexual molestation and rape.

We have therefore reported the prosecutor, Marianne Ny, to the Swedish Parliamentary Ombudsman, JO, because of her handling of the case. The day after Assange was granted asylum by Ecuador, oddly enough, JO Hans Gunnar Axberger dismissed the complaint, citing the ongoing legal proceedings involving Assange.

The facts of the matter are quite simple. Julian Assange had sex with two women on separate occasions during his stay in Sweden. The two women went together to a female police inspector, who was acquainted with one of the two, with the stated intent to compel Assange to undergo an HIV test. However,  the police inspector, instead of processing the case according to Swedish law, filed a police report of rape subject to public prosecution. It is unlikely either of the two women had any idea of the magnitude their visit to the police would take.

Next, a prosecutor decided to order Assange arrested in absentia, although he was in the country. The next day, yet another prosecutor found that there was no basis for charges and dropped the matter.

On August 30, 2010, Assange was interviewed, and he denied the allegations. The next day, lawyer Claes Borgström, who had offered to be plaintiffs’ counsel for the two women, contacted his old friend, the prosecutor Marianne Ny, who in turn decided to reopen the case.

Julian Assange remained in Sweden in order to be available for interviews for five entire weeks, until 27 September, when he left the country after receiving permission from the Prosecutor's Office. This is the context in which Marianne Ny issued a European arrest warrant. Thereafter, Assange offered on several occassions to be questioned in London either in person or via video link. Oddly, Prosecutor Ny categorically rejected these offers, even though such interview methods have been used in other cases.

We are, like Julian Assange's international lawyer, the famous Baltasar Garzón of Spain, deeply concerned about the lack of guarantee of security and transparency, and on what legal grounds action has been taken against Julian Assange. The harassment he has suffered has wrought havoc on his physical and mental health.

The threat against his person is further complicated by the complex behavior of Marianne Ny, representing the Swedish government, towards him.

The result is that Julian Assange's basic rights and freedoms under the United Nations, and his human rights under the European Convention, have been declared irrelevant.

When people seek political asylum, it usually involves seeking protection from a rogue state and, in this case, it appears that Sweden is just such a rogue. It is enough to refer to the cases of Thomas Quick / Sture Bergwall or Catrine da Costa for devastating comparisons.

We two journalists with many decades of experience in press, radio and television both in Sweden and abroad view with increasing horror how uncritical and biased in favor of the political establishment the journalism is in the case Assange.

Everything seems to be aimed to getting Assange extradited to Sweden at any cost, rather than critically examining the prosecutor, Marianne Ny’s, actions that are perfectly coordinated with those of her friend, the lawyer Claes Borgström. Prosecutor Ny has for example said in her inner circle "even if I am wrong, I won’t change my mind."

In the arrest memo from 2010, available online for all to see and spanning over 100 pages, it is clear that both of the two women themselves sought out contact with Assange.

The leaked arrest memo was a legal bomb which has now been mostly forgotten and buried in all the legal twists and turns of the extradition hearings in London, the flight to Ecuador's Embassy and the question of how Assange might be able to get away, away from the once prestigious Swedish machinery of justice.

The case of Julian Assange has revealed the State feminism and its propaganda machinery that are at present in power in this country. It is a machinery in which  men-hating radical feminists without historical roots conspire with journalists who do not understand journalism’s critical task and members of the judiciary who pursue a career under the equal rights and opportunities doctrine.

This machinery views the ordinary Swedish man as a potential rapist and already condemned Julian Assange of sex crimes before being proven guilty or innocent. This is the fashion in which the man with the status of a rock star became one of the world's most hunted men.

Liberation feminism was hijacked in the late 1980s when it was disarmed and renamed 'Jämställdhet' (the equal rights and opportunities doctrine) and co-opted into the power apparatus. “Jämställdhet” became the state norm and an ideology in Sweden. And it became a career ladder, especially in politics, civil service and in the judicial system.

Many liberation feminists disappeared into Swedish universities, where they transformed our struggle into 'scientific knowledge', and became elite feminists. They got money from the State, as universities in Sweden are publicly funded. Instead of talking about 'the sexes' they started talking about 'genders', and the struggle no longer focused on transforming the state apparatus: it switched to targeting the male sex and men as sexual creatures. The present totalitarian gender ideology was also promoted by the Swedish media, which does what is required from it by the State.
In another turn, and especially in the tabloids, selling sex like never before has turned the concept of cynicism to an "understatement".

The Assange case tickles the fancy of journalists who in turn are seducing their readers, listeners and viewers with an exceptionally biased account. In addition, moralistic editorial writers across the country scream for justice for the demeaned women without any reflection on what really happened those days in August 2010, between Julian Assange and the two women.

How the case ends may well be decisive to whether Sweden should continue to be called a state governed by law, in which civil rights are not violated and the European Convention on Human Rights is worth more than the ink it was written with. 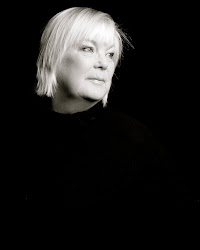